I just saw something that makes me want to capture it in a post.

Over on WoW Token Info.

Europeans tend to be a lot more hardcore, and into things.  (Consider how much more popular Alf and Baywatch’s David Hasselhoff are there.  Just saying.)

We all suspect we knew where gold farmers are from.  (I don’t believe prisoners have as much fun playing though.)

When you hear a title is a “grind fest” what do you automatically think?  Me too.

I think I can call it good now.

My new 3-day mage will see all of Draenor’s dungeons.

And flight is in hand.  (With a Vial of Sands, the wife getting flight too just became a whole lot easier.)  (I did the grind with my Orc Warrior.  I won the race with the wife because I’d earned exalted on another character and got the reputation boost from one of my level 3 buildings.  (Not sure which it was though.))

And everyone has it. 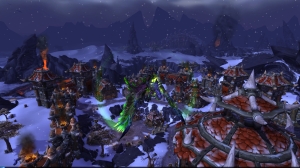 This would be Virillustris, my Frost Mage.

He is mostly  a product of dungeon finder.  Fully outfitted in heirlooms he held his own on the damage charts.  I quested until I got flying in Outlands, then dungeons.  I knocked around Northrend with a few of the intro quests, but otherwise bypassed all content past the initial landfall.  I never even ventured into Mount Hyjal or Vashj’ir, or anywhere beyond.  Panderia, I fought my way off the attack ship and into the inn there.  I set it as my home, because I’m a mage and it doesn’t really matter, and that was it for questing outside of dungeons in Panderia.

Now I command a Garrison in Draenor.  And I have to quest to acquire the followers.

Dungeon Finder is a really great tool.  See content while you play your class, and otherwise, while waiting for the next dungeon to pop, be able to just chill, relaxing with music and reading the internet.

I’ve got some fairly high days played on my other characters.  The raiders.

But 3 days played to level 90?  It went by in a blink, comparatively.

I’d hope I can do the same for my Warlock.  The fact that their class hall is on another freaking planet come Legion is kind of cray cray.

The next expansion is announced and will feature the Demon Hunter as the new heroic class.  One of it’s heroic moves?  Double jumping.  Ala Wildstar.

It looks cool, but is it too much?

On the other hand, reaching 100+ levels, why aren’t we more like Illidian Stormrage, less like Marshal Dughan of Goldshire.

Bonus plus: Elves only.  (No gnome deathknights, thank you. Finally a class and race that honors lore, and does not cater to “I play what I want.”

The new Tauren have moose antlers.  We find the good vyrkul.

I’ve been playing WoW daily, still.  If anything, I run through the followers on each of my level 90+ characters.

I’m not gathering the resources anymore, and I’m not bothering to try and sell an i630 axe or staff anymore for the once astonishing 10,000 gold.

I’ve been making gold, and picking up i655 and i670 gear, just running the little money-making machine called my garrison.

The first was the Vial of Sands so I can turn into a FLYING taxi for my wife.  (I actually picked it up for 22,000 gold, when it now sells for 44,000 gold or more.)  22,000 was actually cheaper than the base mats alone. And it meant my archealogist could at last stop looking for the required drop.

I then picked up a mechano-hog.  Rather, I had to spend the money on my Alliance character, who are poorer overall than my Horde characters, because the only two choppers were being sold as Alliance mounts, so not visibile to a Horde at the auction house.  However, upon learning it, it’s available then as a chopper to the Alliance, and as the hog to the Horde.  Now I’m a mechanical taxi for my wife.  And it meant my engineer didn’t have to worry about farming any more rep with the Valguard folks.  (And the parts for that aren’t cheap either.)

And while I was on a roll, I picked up the Ice Mammoth that can carry two passengers.  Something I’d never done because it cost several thousand gold.  Something I never had, not like this, until the Garrisons came around.

My three main characters are decked out in low level epics.

I didn’t originally care whether we flew in Draenor or not.  (I got the dragon so I could fly around Panderia, Outlands, etc., with my wife, who had not yet gotten flying in Panderia.  I got the chopper/hog because I’d always wanted one.  I got the mammoth because… Why not?)

But now I do care about flying around Draenor.  Why?  For something to work on again.

I paraphrase a baseball legend, garrizon been berra berra good to me.

A couple of days ago my screen started blacking out.  The system was running, but the screen would just go black.  Then it started happening on boot up.  System running, no screen.  Even the bios splash screen wasn’t showing.

Obviously a bad graphics card.  So I pulled out the not that old GTX760 and plugged in a GTX750 I found at Best Buy.

Then the 750 started doing the same thing.  I could boot, fire up WoW and Landmark, but it would soon go black on me.

So it wasn’t the graphics card.

Back to the store it went.  I joked with customer service.  “I can build a computer from the motherboard up, but I can’t open a cardboard box.”  (It didn’t make sense to me how they thought the box should open so I cleanly sliced it open on the long edge.  The side of the box just pulled out.)  They refunded it.

And now I’ve ordered a new PSU from Amazon.com.  In the reviews of my old model they said “It’s an acknowledged issue for these RM units below stock number X.”  Amazon won’t take the return, I’ve had it too long.  Oh, well.  That’s me.  So I ordered a different make, and 850W just to be sure.

But, in the mean time, I’m using the graphics chipset on the motherboard itself.  I always assumed those graphics were pretty basic.  Just enough to boot, show a screen, from which a graphics card can be installed.

But, wow, this on-the-motherboard graphics chip is actually good enough to run World of Warcraft, and it looks so good I forget my case is pretty much an empty shell without the honking twin fanned with cooler graphics card in it.  Playing graphically rich video games it should be like me functioning without a brain.

Without a graphics card I can’t run Landmark.  I can, to an extent.  I can log in.  But the LAG makes it unplayable.  The graphics and scenery are all there.  But I can’t really move about.  But it was good enough to float up to my roof and paint a few tiles, then reverse it.  (The PSU will arrive before rent on my portal-side property is due.)

But World of Warcraft looks just as good without a graphics card AT ALL as with a pretty good one.

And we wonder why World of Warcraft is successful?  It gets so much more right than it might get wrong.  Ten expansions later, with imagery never better, and it runs on the default graphics chip.  I remain impressed.

WoW Insider, may she rest in peace, has returned as Blizzard Watch.

My daily fix, with clean, uncluttered articles, to see what’s going on will continue without a hitch.